An 18-year-old student named B.J. Giannone was competing in a swim meet in Jersey City, NJ, on the last day of January. B.J. was enormously well liked, had a girlfriend he was thrilled about, and was headed to Virginia Tech in the fall. But when he finished the 200-yard relay, he dropped on the pool deck and never got up. B.J. was pronounced dead by the time he reached the hospital.

The tragedy was all too familiar, and uncannily timed, for members of the John Taylor Babbitt Foundation. The family-based, non-profit group was founded by David and JoAnne Babbitt of Chatham, NJ, who lost their son John under similar circumstances in 2006. John was an accomplished young athlete, and also a very well-liked guy, when he died suddenly at age 16 while playing basketball with friends. The Babbitt and Giannone families live just a few towns away from one another in suburban New Jersey.

But the JTB Foundation is hopeful and forward-looking. Its members are dedicated to the prevention of Sudden Cardiac Death through awareness campaigns, the placement of defibrillators on ballfields, and the raising of funds for scientific research.

On February 10th, the Foundation hosted an event at John’s school to reduce risks to student athletes. Three expert physicians spoke on risk mitigation relating specifically to concussion, ACL injuries, and sudden cardiac arrest (read more about their respective presentations here). One invaluable piece of information taken away by the coaches, trainers, nurses and parents in attendance was that hypertrophic cardiomyopathy (HCM) — the leading cause of sudden cardiac arrest — may be detectable at a heart screening. If you have a heart, get screened. If your child is playing any sport, have him or her screened. There are affordable and even free programs available nationwide, so consult your physician if you can’t find a local screening center.

The Babbitts contacted me to help produce and moderate the event, and it was some of the most rewarding work I’ve ever done. Thanks to all involved and to the insights shared by Drs. Marc Silberman, John Hurley, and Martin Maron. 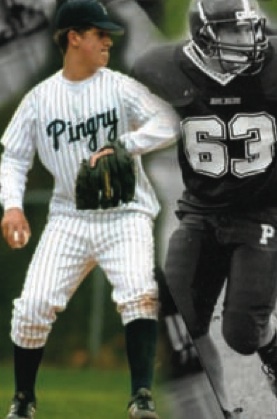