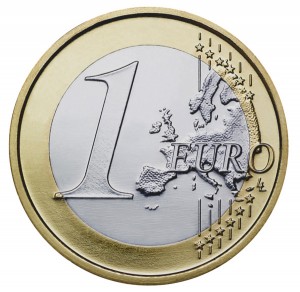 For most Americans, knowing how healthy the euro may be is a simple matter of measuring U.S. dollars against the standardized currency of the eurozone. If the dollar is strong, exchange rates will be good in the 17 member states of the European Union that have transitioned to the euro; if not, well, maybe you hold off a year on the trip to Barcelona. Que sera sera.

But when Greece was threatened with returning to the drachma this winter, the world got a lesson in international finance. The return of a single state to its legacy currency may not mean the euro is about to come completely unwound, but it does signal that the risk is real. At the 2012 World Economic Summit in Switzerland earlier this year, the heads of numerous central banks saw a 21 percent risk that the single-currency eurozone would break up in just five years’ time.

The potential damage caused by a disaggregated euro — and the lack of preparation among banks — is the subject of Euro Worries — Not Just For Europe, a piece edited for the global consultants at Navigant. Have a read. Then give a call to your investment manager and figure out how any of your money tied up in eurozone funds would find shelter from a falling currency.