As written for The Daily Dose on MSN.com

At the United Nations this week, the focus is not on nuclear arms, peace in the Middle East, or the downhill tumble of the global economy. A subject even more central to the well-being of the planet is in the spotlight of the world stage: the health and behavior of adolescents.

Much as we may be in denial about it, tomorrow’s world is being shaped by those same young people who are hanging around the malls, crying over prom-season zits, and getting sick on their first poorly mixed vodka tonic. But as the UN’s 47-nation Commission on Population and Development understands, nothing less than future of the Earth’s people — global health agendas, population booms, the interconnectivity of nations — rests in their hands. And they rest in ours.

Dual reports by UNICEF and The Lancet (one of the world’s leading medical journals) will help inform the discussions and decisions of the UN commission. Here are some of their recent findings.

• Nearly half of the world’s population, almost 3 billion people, are under the age of 25.  Among the total population of adolescents (ages 10 to 19), 1.3 billion are in developing countries and over 500 million of them are adolescent girls.

• Today’s adolescents are more exposed to harmful alcohol consumption, sexually transmitted diseases, and other risks than ever before.

• Suicide is the leading cause of death for adolescents worldwide.

• The most prominent non-communicable diseases are linked to the most common risk factors; namely, tobacco use, harmful use of alcohol, an unhealthy diet, and lack of physical activity. All of these risk factors have their origin in adolescence.

• Early marriage is a common experience for many girls and raises the likelihood of early childbearing. Adolescents today are often forced to abandon their childhoods and take on adult roles before they are physically ready.

• An estimated 2.2 million adolescents are living with HIV, and about 60 per cent of those are girls, many of whom do not know they are infected.

• Adolescence is often perceived as the healthiest stage of life, and many consequences of risky behaviours or unhealthy lifestyles in adolescence will only be seen later on. Some of these adverse behaviours, such as excessive use of the Internet, are completely new to the present generation of adults, with consequences that remain unknown.

• The young people who were at the forefront of the social unrest across north Africa and the Middle East beginning in December 2010 — and succeeded in toppling the restrictive regimes they fought against — faced serious threats to their lives and health. Adolescents have an increasing capacity to be active agents of change, but recent history raises concerns about the extent of their exposure to violence, exploitation, and abuse, and suggests the need for greater protection of human rights.

• Investment in the education of adolescents has clear benefits to individuals and their health, but is also a strategy for enhancing employment, human rights, social capital, and community wealth.

As The Lancet notes, adolescents provide energy, innovation, productivity, and progress. Only by understanding and investing in youth can we set the short-term goals that stand to make our world a better, healthier, and happier place to be. 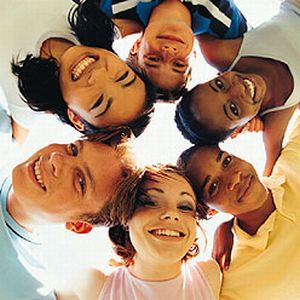