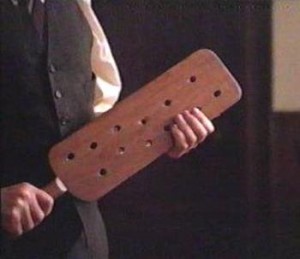 As written for the Daily Dose on MSN

Watch your language if you find yourself in Middleborough, Mass., anytime soon. The town’s police chief wants to curb public cursing by slapping your foul mouth with a $20 fine.

WTF, Officer Prig? Aren’t you immune to expletives like the rest of us, having adapted after hearing and reading them on prime-time television, in ads and newspaper headlines, in blogs, thinly veiled in texts, and in the bar just as commonly as in the workplace? You think bad language is disturbing? LMFAO.

The newsman on Boston’s local WBZ-TV who reported the story suggests that the prevalence of cursing signals a deterioration of our culture. Forget that. What has deteriorated is the power of profane words, and we’d like to see it recovered.

Not so long ago, curses mattered. Vulgarities jutted out from conversations and arguments like swords, impaling an adversary on a sharply made point. But their commonness in our vernacular has dulled the edge. A curse word today is a blunt stick instead of a precise weapon. Obscenities are easy to ignore, like an email typed in all capital letters that should shout but instead is just exhausting. If anything, defaulting to a profanity when a more thoughtfully chosen expression would have more impact shows lack of imagination.

Come to think of it, administering fines for foul language could be a great idea, not because we should return to a puritanical society in which seldom is heard a discouraging word, but to preserve the sanctity of the four-letter word. Potent profanities are an endangered species; all but a few have been fished out entirely. Handing out tickets for using vulgarities might turn them back into the outlaws they are. Give them back their black hats. By forbidding bad words we might make them truly verboten again — and recover their power.