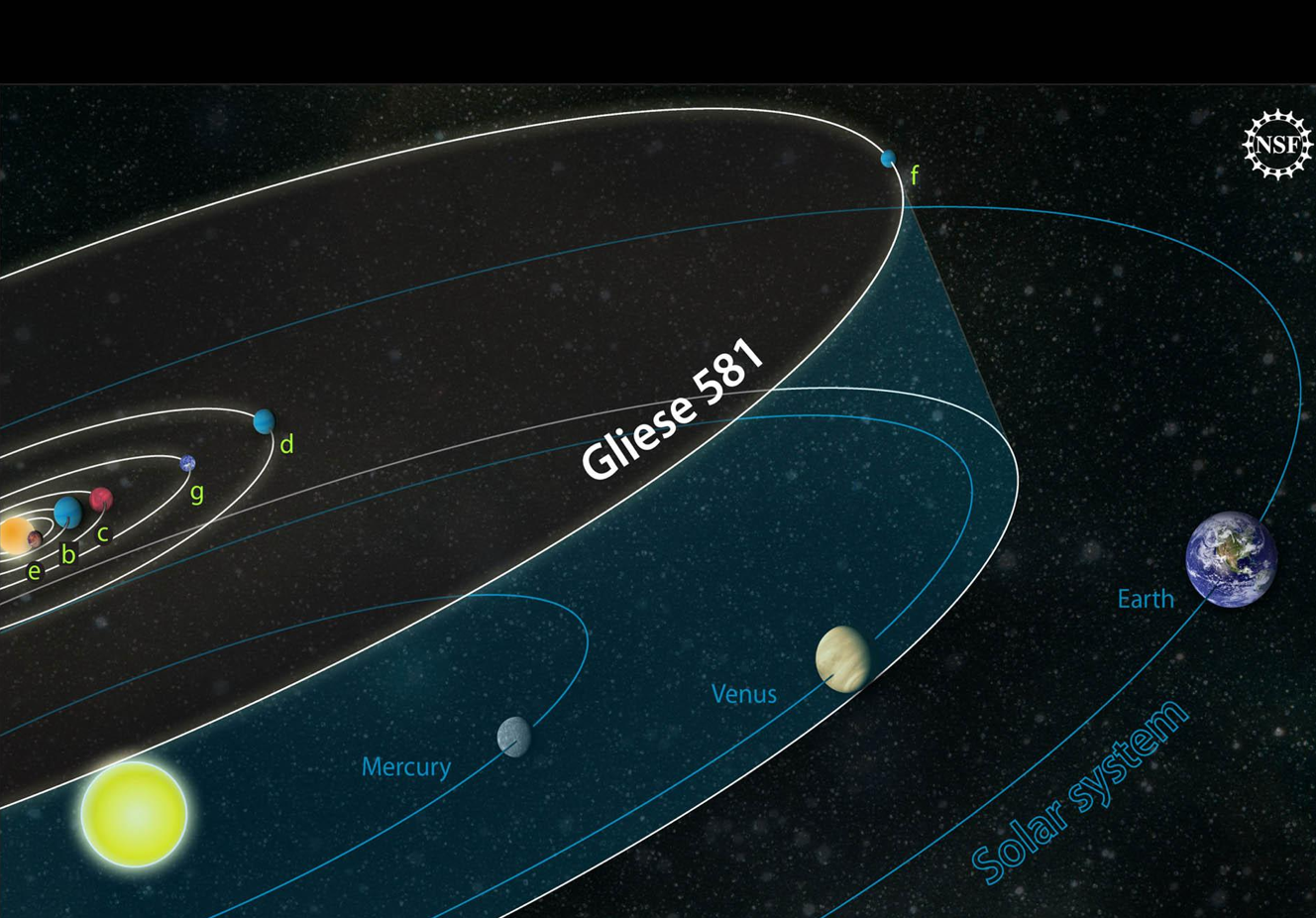 As written for The Daily Dose on MSN

Somewhere out there in the far reaches of space, there are alien worlds that can support life. Scientists generally think the grand scheme of the cosmos is just too expansive, and contains too many solar systems, to believe otherwise. This past week, researchers from Arecibo’s Planetary Habitability Laboratory at the University of Puerto Rico rated the planet Gliese 581 g as the most likely of all known worlds outside our own solar system to be habitable. The one hitch is that they’re not quite sure it exists. But let’s not quibble over details.

The term “habitable” is a little deceiving. It doesn’t mean humans could necessarily survive there; the ride alone would be a killer, especially if you’re traveling with inlaws. What the scientific stargazers want to convey is that conditions on the exoplanet, if it’s really out there, may be conducive to supporting life as we know it. As far as our earthly understanding goes, every form of life requires water, an atmosphere, and some place to sit, stand, or swim.

In the Gliese 581 solar system not too far away, planet “g” may satisfy those conditions. “My own personal opinion is it would be hard to imagine that life has not taken a foothold there,” said Professor Steven Vogt of UC Santa Cruz, who was on the team of astronomers who discovered Gliese 581 g in 2010.

Despite its catchy name, Gliese 581 g would at first glance appear too close to its sun to allow any kind of comfortable living. Its orbit, at about 37 days, is shorter than Mercury’s. Not to put too fine a point on it, but in our own solar system you’d be turned to ashes before ever having time to take in the view. However, the sun at the center of the Gliese 581 system is a little red dwarf star with about 1/100th the solar energy of our own sun, so its planets need to huddle a lot closer to be warm.

Gliese 581 g appears to be squarely in the middle of what astronomer’s call a solar system’s Goldilocks Zone: a distance from the sun that’s not too hot and not too cold but juuust right for there to be liquid water and, potentially, life. The planet may also be tidally locked, meaning that one side is always in daylight, facing the sun, and the other side in perpetual night. Because there’s no tilt of the axis, there would be no seasons on the planet — so although sledding is entirely out of the question, no tilt and a tidal lock imply a stable climate.

For now, all we know is that there may be a planetary oasis out there and it may have water. What the orb is made of and whether it has an atmosphere, we’ve yet to find out. For all we know it has a crunchy top and a chewy, caramel center. We can send a probe out to capture images and learn more details about Gliese 581 g. It’s only about 20 light years away, so if we leave early, with no stops, we’ll have the information in about 200 years.