As written for the Daily Dose on MSN

A report from the Department of Defense (DOD) released at the end of last year contained a deeply disturbing statistic. In 2012, more soldiers had taken their own lives than had died in combat. Seeking a fresh approach for curbing military suicide, experts are now developing tools to monitor social media for signs of despair in veterans and active-duty soldiers.

One hundred and seventy six soldiers were reported killed in action last year, according to the DOD, all in Operation Enduring Freedom. By November, 177 soldiers had committed suicide.

Authorities could not confirm whether the final 2012 rate had marked an all-time high because the Army has not always tracked such data, but the frequency outpaced prior years — 165 suicides in 2011, and 156 in 2010 — and marked an alarming 54 percent increase from the 2007 rate of 115 military lives lost to suicide.

In just the first four months of 2013, 161 suicides — an average of one every 18 hours — were recorded by the military among active-duty troops, reservists, and members of the National Guard.

The Army first launched a suicide prevention program back in 1984, and in 2009 reinvigorated its cause with a new campaign. The Pentagon has been criticized for not taking adequate action with funds provided for the cause. However, government and civilian organizations alike are urgently rolling out new initiatives, the latest of which focuses on detectable signs and signals among veterans using social media.

Data specialists are collaborating with researchers from Dartmouth University and military suicide experts on an expansive new study called The Durkheim Project. The approach is based on identifying key words and phrases that might suggest a social-media user is experiencing profound psychological distress.

According to a report in the Boston Globe, which references a Boston-area software firm involved in Durkheim, analytics are being developed that can examine opt-in mobile data and thousands of online posts. When a veteran’s comments raise a virtual red flag, medical specialists and family members would be alerted that the veteran may be at risk of taking his or her own life.

Facebook is on board as a partner with Durkheim, which is also monitoring activity on Twitter and Google. Suicide data from the social networks are being merged with data from the Department of Veteran Affairs to help identify those at risk.

The Durkheim Project is currently only a study and not a publically active tool; researchers are not yet authorized to act even if they identify suicidal signs in a subject.

The study launched in 2011, with the first two years spent building its data platform. The team believes the accuracy of its risk assessment tools will improve as the system collects more data. 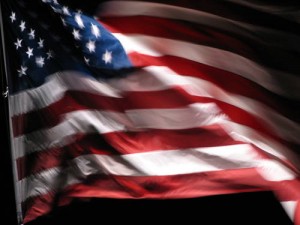