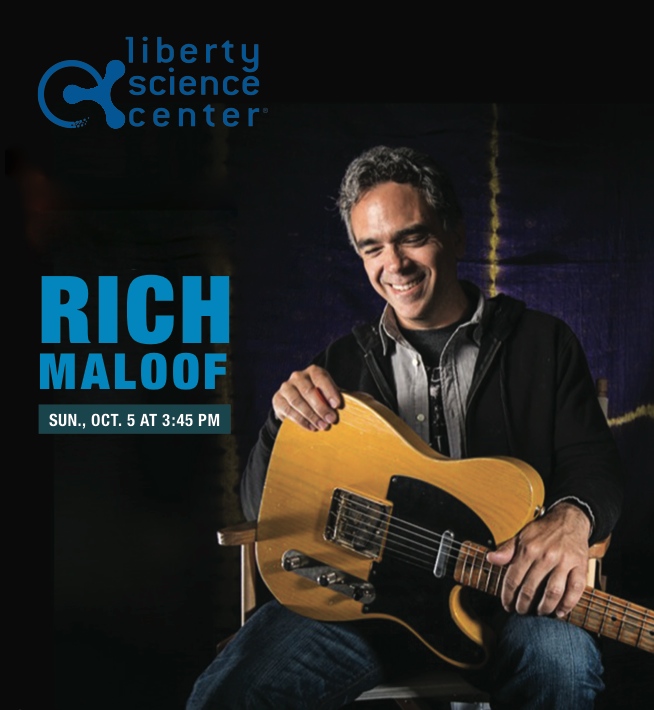 Had a great time playing in October and December. Here’s the original post.

See the Videos page for a few live samples.

Come on by the Liberty Science Center for a special set of solo guitar at 3:45pm on Sunday, 10/5.

For a discount at the door, click right here.

Weird venue for music, right? Thing is, the Liberty Science Center will be featuring live music from October through January while a special exhibit — GUITAR: The Instrument That Rocked The World — is on display.

The touring guitar exhibition was launched in 2012 by my comrade and co-author HP Newquist. The traveling museum he created is a real treat for guitar nuts and their hapless loved ones — kids included — and has been a big success in cities around the country. Learn more about the National Guitar Museum here. The guitar exhibit arrives off the boat from Honolulu on October 4th and will remain at Liberty Science Center until January 4th.

Thanks for bearing with the self promotion. Whether or not you make it for my set, the guitar exhibit at Liberty Science Center is a sure bet.  — RM