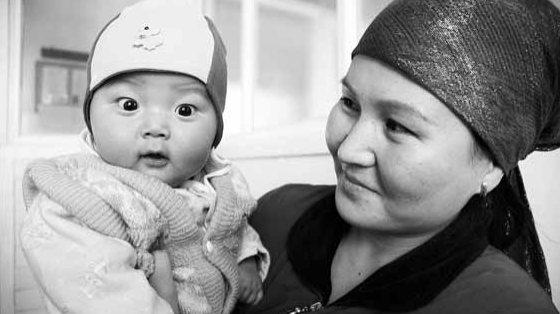 The U.S. scored in the lowly 58th percentile for the health, security, and well-being of mothers.

Nevermind that the purpose of the report, as defined in its subtitle, is “Nutrition in the First 1,000 Days,” stressing the life-long impact of adequate nutrition from the start of pregnancy to a child’s second birthday. The headlines and weblines carry an implicit complaint about the U.S.’s standing in the Mother’s Index (which appears as an appendix) because apparently we have to win everything. Surely some researcher has botched his numbers if we barely scrape into the 15th percentile of 165 nations — and score in the lowly 58th percentile among developed countries.

The criteria in the Mothers’ Index are all factors affecting the health, security, and well-being of mothers. The U.S. comes up alarmingly short in these key areas:

Take a worthwhile look beyond our own borders, though, to appreciate both how advanced we are and how much we could yet achieve. Representing the far ends of the Mothers’ Index are Norway at #1 and Niger at #165. A typical Norwegian girl can expect 18 years of formal education and live to be over 83 years old. Only one mother in 175 is likely to lose a child before his or her fifth birthday. But a typical girl from Niger can expect just four years of education and lives to age 56. One child in seven dies before the age of five — which in Niger means that nearly every child-bearing woman will experience a mother’s deepest fear.

Again, mothers were not the focal point of the report. You can read it for yourself and see. The focus, in their own words, is on the 171 million children globally who do not have the opportunity to reach their full potential due to the physical and mental effects of poor nutrition in the earliest months of life.

We miss some crucial things when we get caught up in our self-consumed headlines. First of all, you can take meaningful action, beginning with a simple online petition, to help mothers and their children live healthier, longer lives. And second, it isn’t a contest. This is reality, not a reality show.

Download the report to learn more — it’s worth it for the photography alone. When the dirt floors or burlap sacs of food aren’t familiar sights, the grin of a toddler from Niger and the way a mother from Kyrgyzstan smiles on her child will recall images from anyone’s family album and bring to mind the most fundamental relationship, and most fundamental need, shared around the globe.

Photo: Mother & baby in Kyrgyzstan, courtesy of Save the Children