“There’s nothing like a beach read that graphically details exactly how a shark will chew you up. This book…not only explores the myriad ways in which we kick the bucket (pray you never get a Guinea worm infection), it dares to look at death in a lighthearted way. Sure, being burned at the stake is no fun, but reading about it is a hoot.”  –Boston Herald

“Irreverent yet informative…Makes a perfect preventive guide, breezy summer read, or ideal gift for your cousin, the hypochondriac.” –Men’s Fitness

“From syphilis to snakes, from alligators to anthrax, This Will Kill You is … an icooclastic and informative romp through our last moments that will leave readers both informed and amused….”  –Michael J. Collins, M.D., author of Blue Collar, Blue Scrubs 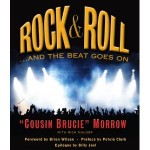 “This book is a must for rock enthusiasts everywhere, from someone who’s heard it all and played it all for five decades. A winner! Enjoy!”   — Marky Ramone of The Ramones

From Publishers Weekly: Following up on Doo Wop: The Music, the Times, the Era, this retrospective celebrates the rock scene of the 1960s and early 1970s. Legendary deejay Morrow and Maloof, former editor-in-chief of Guitar, note the eruption of drugs, radicalism and freakery into rock during the 1960s, but politely spare us the juicy details we expect from a man with the kind of all-access pass Morrow had. Morrow makes prim reference to the Doors’ controversy-courting frontman Jim Morrison and to Ozzie Osbourne’s reputation as a very strange person. Morrow does highlight the Beatles’ first performance at Shea Stadium in 1965—which he himself emceed. The screams of 55,000 fans were so loud that Ed Sullivan nervously turned to Morrow and asked, Is this going to be dangerous? The authors include sidebar appreciations of individual bands and illuminate, through their photographic documentation, the apocalyptic changes in, among other things, men’s hair styles during the 1960s. Descriptions of pop culture symbols—the 1965 Mustang; Batman TV series; The Graduate—help put perspective on the music of the era. The authors cover everything, from the British Invasion (Rolling Stones, Yardbirds, etc.) to Motown (including the Supremes and Martha and the Vandellas), ending with the Doobie Brothers, Allman Brothers, Steely Dan and Pink Floyd. 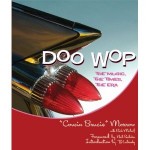 From Publishers Weekly: “When it comes to doo wop, a pop music style Morrow describes as vocal harmony + rock ‘n’ roll, the legendary DJ leaves no stone unturned as he traces the music back to its roots in early African-American slave songs. From there, he follows doo wop from its birth and its heyday in the ’50s to its decline in the late ’60s. As Morrow outlines the specific era of doo wop, he also gives sidebars on the groups—from superstars like the Platters to one-hit wonders like the Chords—that made it big during those years. As would be expected from a man who made his living behind the mike, Morrow displays a comfortable, conversational writing style that works well in this picture-heavy format (e.g., he writes of the romantic appeal of drive-ins: Funny how their popularity coincided with the Baby Boom, huh?). While the music history is the driving force behind this coffee-table tome, it’s the cultural asides on topics as diverse as the era’s people (Marilyn Monroe, Edward R. Murrow), places (diners, the Automat), sports (Jackie Robinson), politics (the red scare, JFK), kitsch (T-Birds, TV dinners) and entertainment (I Love Lucy, The Wild Ones) that will take readers back to America’s golden age.”